Lake Bavaria is in Carver County, Minnesota neighboring Wassermann Lake. It is to the south of Lake Minnetonka and small in comparison at 166 acres in size with about 2.5 miles of shoreline. The lake has a max depth of 66 feet. Funny enough, this is unusually deep for a lake of its size! 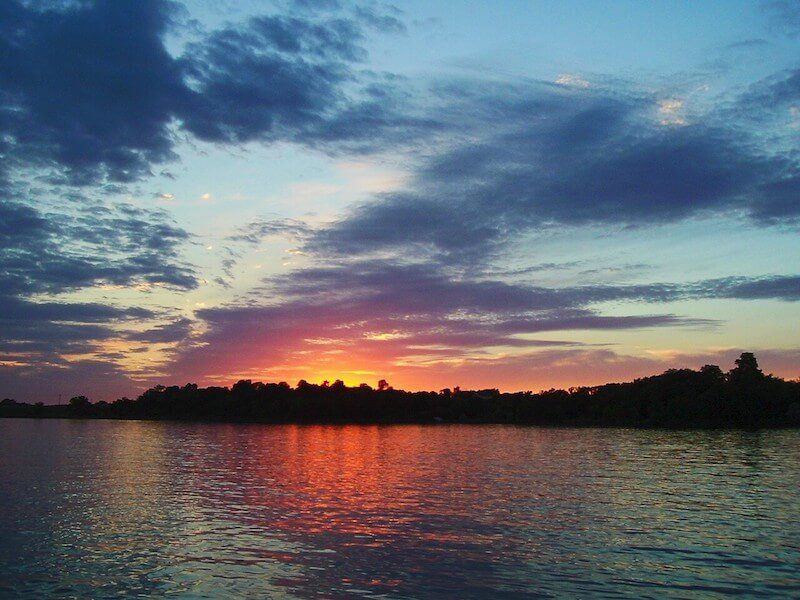 The lake gets its name from the German state of Bavaria, the native homeland of some of the first settlers in Minnesota.

What is there to do?

Best known for all the fish it holds, Lake Bavaria is a popular fishing destination in the Minnetonka area. Anglers fish for Black Bullhead, Bluegill, Brown Bullhead, Largemouth Bass, Northern Pike, Pumpkinseed, White Crappie, Yellow Bullhead and Yellow Perch. Dozens of homeowners who surround the lake also use it for swimming, boating, and water sports.

The Chaska Town Course (a golf course and country club) can be found near the lake as well as Victoria Burrow – a popular restaurant that includes indoor miniature putt-putt, axe-throwing, virtual reality games, and trivia.

What weed species should I look out for?

Fortunately, Lake Bavaria has been kept clean of zebra mussels (is your lake front property suffering from zebra mussels? Click here), even as many bordering lakes become contaminated. The only known invasive aquatic weed species found in the lake is Eurasian watermilfoil. Thankfully, Waterfront Restoration treats for the removal of this weed species as well as many others.

What else do I need to know?

If you are looking to set sail on Lake Bavaria, the most popular boat launch is the Lake Bavaria State Water Access Site (known by the locals as the Shady Oak Drive Public Landing). This boat launch is located off County Road 11, on the southwest shore of the lake.

The lake is unofficially managed by the FLB – or the Friends of Lake Bavaria Association. Their mission is to preserve and improve the ecosystem of Lake Bavaria. In addition, they work to promote recreational safety for the lake’s patrons. They also work hard to prevent the spread of zebra mussels.

The town name “Victoria” came from the home owners around Lake Bavaria in 1915. In the 1850’s, there was a long going feud between the north and south side of the lake. Each side wanted to hold the church they were planning on building. After years of arguing, the north side donated the land needed and the south side chose the name of the church. As a result, the parish became officially recognized as St. Victoria in 1856. Over 50 years later in 1915, the small village became incorporated as Victoria. To learn more about the history of Victoria, click here.