Many of us are familiar with Valley Fair in Shakopee. But did you know it was founded by the same man who started the Excelsior Amusement Park? The Excelsior Amusement Park was founded by Fred W Pearce on May 30, 1925. The park was situated on Lake Minnetonka’s Excelsior Bay. The park operated for 48 summers between the dates of Memorial Day and Labor Day. It was a staple in the community up until its closure on September 16, 1973. 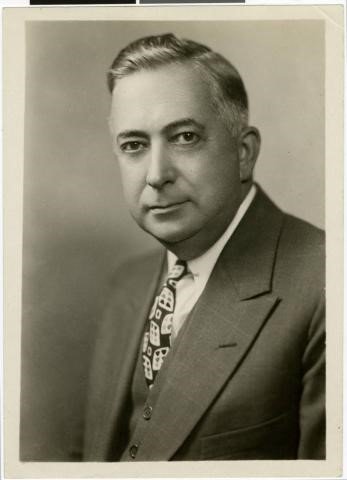 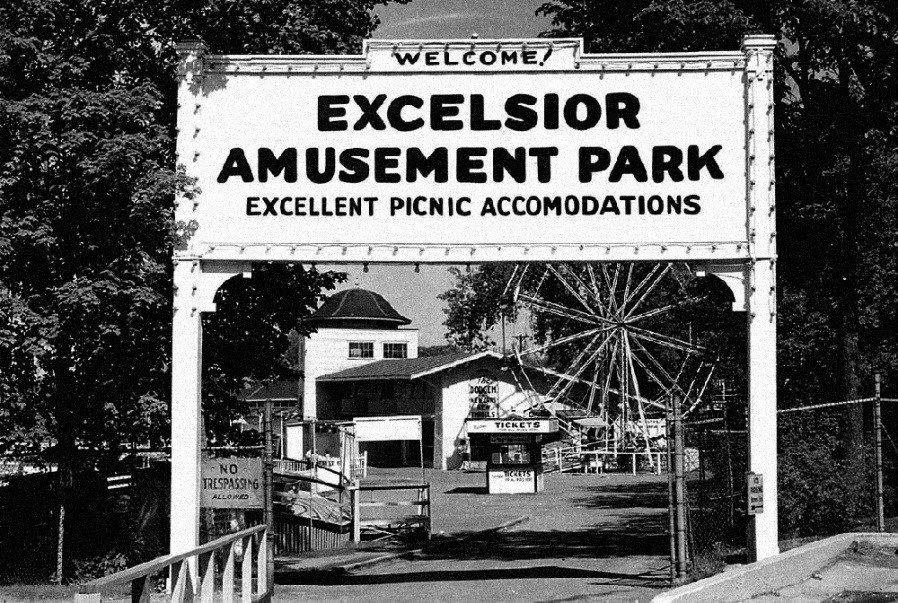 The park offered a variety of rides, one of the most popular being the Cyclone. The Cyclone was a wooden large-scale roller coaster offering thrills and excitement to the patrons of the park. Many found enjoyment in this popular thrill ride during the 50s and 60s. Later, the Cyclone was sadly demolished in 1973 after the park’s closure. Valley Fair’s High Roller was built to resemble the Cyclone. 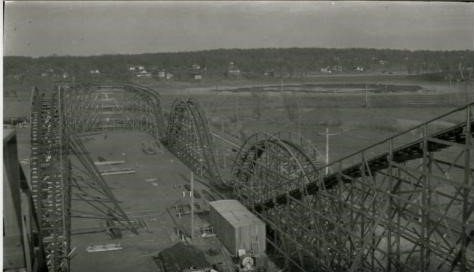 Additionally, the second most popular ride was the Merry Go Round.  To this day the original Merry Go Round from the park is still operating at Valley Fair. 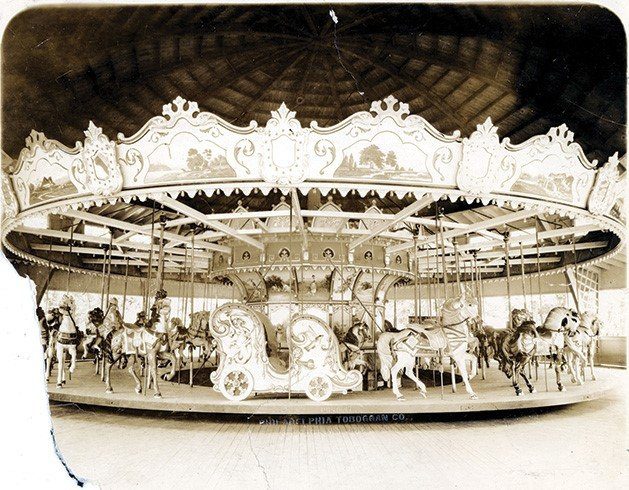 Another thrill offered at the park was high diving dare-devils and diving ponies. A frequent feature of the park was Captain Jack Payne. He was able to dive 100 feet through a flaming hoop. There was also a group of diving ponies. These animals would dive roughly 50 feet into a shallow pool of water, all while having a rider on their back! 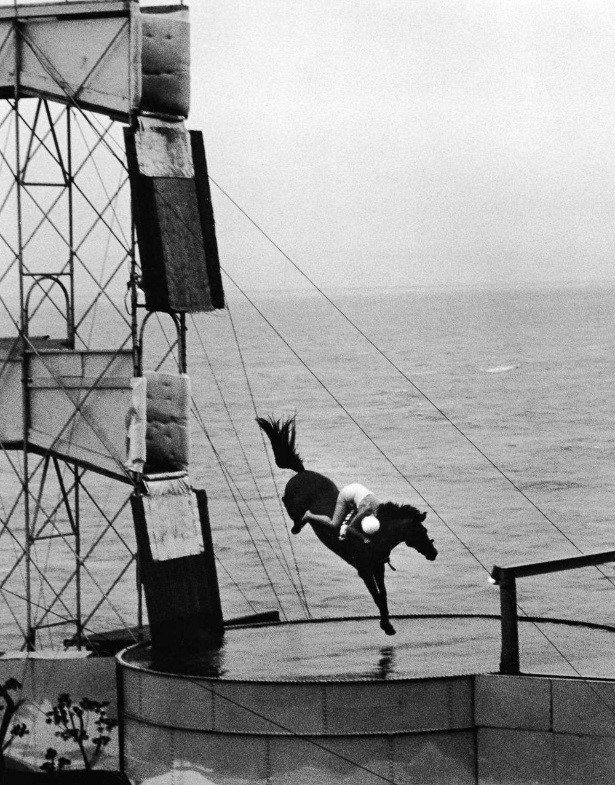 Furthermore, the dance hall Dance Land was conveniently located across the street. Teenage visitors would flock to the parks in the summer and spend their entire day at the park and evenings at the dance hall. The park often collaborated with Dance Land. As a result of this collaboration, the park was able to secure famous musicians and bands. The most famous performers were Tommy Dorsey, The Beach Boys, and The Rolling Stones.

Despite its closure in 1973, the Excelsior Amusement Park is remembered by many.